This content was written by me at that moment in Romanian,
it was translated into French by a family friend and published
1990 in Belgium, translated into English by a friend of mine and
published on his blog about Bucharest, see the link above.
Here the Romanian version.
We should never forget history!
The story of a 22 year old eye witness


Even now, 22 years later, I think there still are unanswered questions. There still are misery, despair, butchered ideals.
Now, 22 years later, we ask ourselves whether this was all worth it.
Now, 22 years later I know I was not but a dumpling in the great soup of cannon fodder, that people died in vain in that December, that we dreamt and hoped in vain. Romania is degraded and degrading, it has been thrown in misery and povery, it has been indebted, trivialized, it has been painted in grey and black. The country has been brought down to a boor, animal state, lacking proper education or medical care, with pensioners and children being mocked at. A highly corrupted, false, humiliation-ridden place where lying has turned into state policy and life style in private relationships, where useless and illiterate officials live by bantering and abusing the ones they should serve. A place of misty justice, prostituted journalism (for the most part), of extreme dullness and frustration.
And the sad news are coming: Romania has no better (soon) future. Not for my generation and not for the next one either, I bet my life on this!
(December 22, 2011) 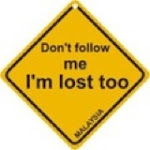